What Your Geography Teacher Didn't Tell You about the Caribbean...

The Caribbean is a place full of sun, sand and famously wild parties!  When you’re confined to a classroom and four walls, you may learn about this exotic location but you’ll never truly experience it.  That’s why  Agness and Cez from etramping.com have provided an informative list of facts that your Geography teacher may have missed. So, if you’re about to venture into this tropical destination, it’s worth taking a look at what’s below… 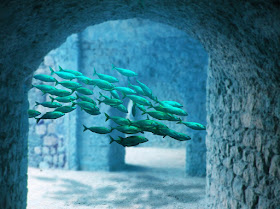 Where did the Giant Rodents go?
The Caribbean is actually a key area for biologists to study mammal extinction. Recently, evolutionary researchers found out that there’s a lost world of ancient mammals on the islands. Human settlements are thought to be the core reason as to why many creatures became extinct. Vampire bats and giant rodents are a few of the Caribbean fossils that have been found and there are continuous studies being carried out to unravel additional discoveries. Furthermore, the first settlers are said to have been Amerindian and would have hunted the mammals for food. When a habitat’s natural movement changes, something inside of it just switches. Sometimes, the environment just doesn’t know how to handle it and that’s where extinction plays its role. 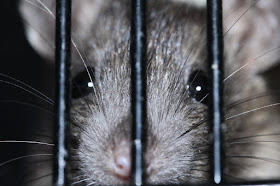 You can drive into a Volcano
Yep, that’s right! In St Lucia you can actually drive into a volcano. This is the world’s only volcano that you can actually drive straight into, so it’s best to make the most of it! It’s known as the La Soufriere Drive-in and it takes you right through the crater. Despite the fact it is sleeping, it’s the Eastern Caribbean’s most active geothermal area.  Not often can you tell someone that you’ve actually taken a ride through a volcano so it’s definitely a cool feature of the island. Apparently, the volcanic mud there is said to have extra special healing effects. For instance, it can soothe bug bites and get rid of unwanted eczema. 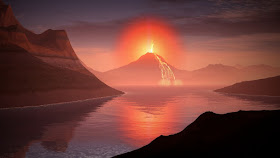 Want to take a Taxi or an Ostrich?
In Curacao, you can visit the local Ostrich farm and meet a few furry friends. Now and then, they allow visitors to ride them as long as you have an allocated spot. The ride itself is rather comical as the bird bounces about the path. If you’re not into taking an Ostrich round the island, you could simply visit them and give them a few snacks. The large flightless birds are friendly but be warned. They have a ferocious front kick and can kill humans and potential predators in seconds. Despite their threatening skill set, these majestic and wonderful creatures are admired around the world. 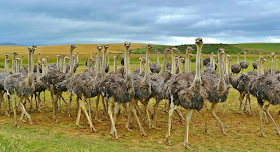 A Mountain was named after Obama
Here’s an intriguing fact for you. Did you know that Ex-president Barack Obama actually had a mountain named after him in Antigua in 2009? With so many islands to choose from, the highest point of this island changed its name from ‘Boggy Peak’ to ‘Mount Obama’.  It can be climbed from the southern and northern side and is a popular trail. It’s an easy to moderate hike and if completed at a steady pace, it will take you around 1 to 3 hours. According to various sources, it’s said that Obama himself was very grateful to be named as the centre point of a National park. 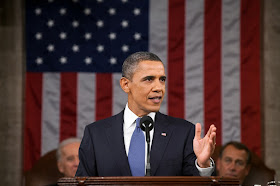 Fancy some Iguana Soup?
If you’re feeling a little daring then the Caribbean iguana soup will suit your taste buds perfectly. It’s such a sought after dish that restaurants sell out of it in seconds. The consumption of this meat is traditional yet new laws have prohibited female iguanas from being used. An average bowl of the iguana soup will consist of meat, pepper, mint, onions and carrots. According to Caribbean folklore, this soup is said to enhance strength and promotes endurance. Plus, it’s also capable of curing a strong hangover. This is just one of the many exotic and cultural delicacies you can try. 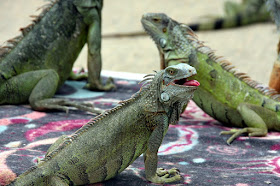 ‘Women Island’ exists
Isla Mujeres got its nickname ‘women island’ from the Spanish in the 16th century. When they set foot on the serene island, they noticed that there were several female figurines standing tall. Therefore, they gave the land this label and it has lived on ever since. You can find some gorgeous getaway spots here and beautiful Beloved Hotels. This particular island is known as a pure piece of paradise, carved by Gods. Another story which flows through Isla Mujeres is that it was home to a goddess named Ixchel for around 1000 years. With the tropical climate and hot weather, it’s clear to see why she made it her home. 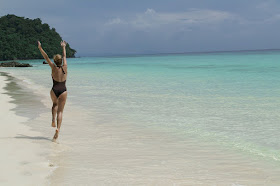 Located in St. Ann’s Bay, there’s a pool of water which can catch fire. Please be advised that it is not wise to try this out alone unless it has been prescribed by a legitimate doctor. The locals who surround the ‘fire water’ say that it contains a high concentration of sulphur. Those who dare can walk through the flaming pool and opt for fire massages. Historically, the water was discovered 80 years ago when a lady named Mehala Smith bathed in the water. As she rinsed herself, she tried to burn a wasp nest above. The light hit the surface of the pool and it caught alight. 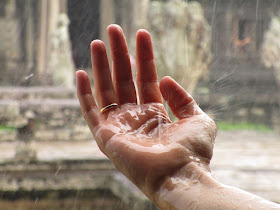 There’s a Swimming pool in the middle of the Sea

The Nylon pool in Tobago is said to be full of rejuvenating powers. Despite the speculation, it’s not manmade and it’s only one metre deep. Surrounded by a sea of tranquillity, the nylon natural phenomenon was actually named by the British Princess Margaret in 1962 when she spent her honeymoon in Tobago. Locally, it’s described as a fountain of youth. Similar to the Jamaican fire pools, the water is meant to be magical. Perhaps this is something your Geography teacher informed you about with regards to the spectacular Caribbean landscape… 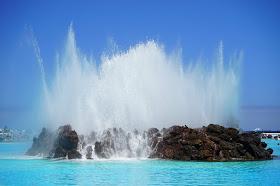 Do you have any cool facts to share about the Caribbean?
Indah Nuria Savitri at 11:23 AM

Welcome! Thanks for visiting My Purple World. I am delighted to have you all here in my blog.
If you like what you read, feel free follow this blog through the button on the right side of the blog and hope you can leave some comments too. Nevertheless, all comments with direct links will be deleted.